While providing pertinent points, the Politico list is just a sampling.

One missing item on the “mistrust” litany is a project she reportedly cooked up as Secretary of State, but that was shaped by her family foundation. State Department staff sent official emails to solicit funds from foreign governments.

The project sounds innocent enough: “to save lives, improve livelihoods, empower women, and combat climate change.” What miracle product can do all that? A cookstove. Yes, that is correct—a cookstove. This is not the product of “as seen on TV” wizardry, nor is it the latest in high-efficiency appliances.

There’s something fishy when governments throughout the world (including the U.S), corporations (including Bank of America, Goldman Sachs, and Johnson & Johnson), and Ted Turner’s UN Foundation and the Clinton Global Initiative are involved as they are with the Global Alliance for Clean Cookstoves (Alliance).

No one would begrudge corporations giving to a philanthropic effort, but we would probably feel differently about our own tax dollars going to the project Clinton is hawking—especially when the project is, by most accounts, an epic fail.

The Alliance claims to provide a solution to the “fourth worst overall health risk factor in developing countries.” Its website’s “Frequently Asked Questions” download states: “Exposure to smoke from traditional cookstoves and open fires—the primary means of cooking and heating for nearly three billion people in the developing world—causes 1.9 million premature deaths annually with women and young children most affected.”

Not only that, but “Reliance on biomass for cooking and heating increases pressure on local resources” as women and children “forage for fuel.” Additionally, “inefficient cookstoves contribute to climate change through emissions of greenhouse gases.”

To remedy this problem, it would make sense for the well-funded public-private partnership to use its money and influence to help build natural-gas-fueled power plants and infrastructure to bring electricity to the developing world. But that was not Clinton’s idea.

On September 21, 2010, the world first became aware of Clinton’s brainchild—though she may have stolen the idea from India’s National Biomass Cookstoves Initiative that made headlines around the world in the summer of 2010.

The Secretary of State announced the Alliance at the Annual Meeting of the Clinton Global Initiative (GCI)—with the Clinton Foundation being one of the “Strategic Partnerships and Alliances.” By November 2014, at the “Inaugural Cookstoves Futures Summit” it was announced that more than $400 million had been raised for the project. As co-host of the meeting, Clinton exclaimed: “We have to redouble our efforts to get more clean and efficient products in the hands and homes of families everywhere. ... We can rededicate ourselves to doing everything we can to help more people in more places to breathe more easily, work more safely and live healthier lives.”

In her memoir, Hard Choices, she brags about her role in the Alliance: “I was delighted by the scope and speed of the progress [the Global Alliance for Clean Cookstoves] made around the world.”

“Progress” in the Alliance can be attributed to her influence as Secretary of State. Before the announcement of the Alliance, Kris Balderston, who served as her special representative for global partnerships, on his state.gov account pressured Norway to join. They obliged with a commitment for a $600,000 “down payment.”

Apparently, as emails revealed, the country wanted to be part of the launch: “They wanted to move quickly for the CGI announcement.” (Note: Norway is a major donor to the Clinton Foundation.) Once Norway signed on, France and Finland were expected to follow suit. While traveling the globe, on the taxpayers’ dime, Clinton recruited more partners.

All big charity programs have celebrity spokespersons—the Alliance has actress Julia Roberts and chef Jose Andres—but Clinton was much more. She is credited with the program’s birth. While Secretary of State, it was “on the top of her agenda.” Once retiring from her official duties, Clinton became the Chair of the Alliance’s Leadership Council—where she still serves.

If you don’t know the rules, this may seem like petty politics. However, as Kathleen Clark, a law professor at Washington University in St. Louis and an expert on ethics in government, in the Washington Times cites the Code of Federal Regulations on the use of public office for private gain: “an employee shall not use his public office for his own private gain, for the endorsement of any product, service or enterprise, or for the private gain of friends, relatives or persons with whom the employee is affiliated in a nongovernmental capacity, including nonprofit organizations of which the employee is an officer or member.”

While at best, Clinton’s clean cookstove campaign seems slimy, and may be illegal, one might cast a blind eye if the program achieved its aggrandizing goals.

These so-called “clean cookstoves,” even by the Alliance’s own literature, “may last for several years”—yet only 20 percent, according to a survey cited in the Washington Post (WP), are still in use after two years. While the Alliance has reportedly “helped drive more that 28 million stoves into the field,” most do not meet the World Health Organization’s guidelines for indoor emissions.

The WP states: “The vast majority of the stoves burn wood, charcoal, animal dung or agricultural waste—and aren’t, therefore, nearly as healthy as promised.” While “some perform well in the lab,” others “crack or break under constant heat.”

In her book, A River Runs Again, journalist Meera Subramanian chronicled cookstove use in India. The WP reports: “She found that women had stopped using the stoves because they didn’t like the design or because the stoves broke, burned more wood (not less, as intended) or didn’t get foods hot enough.”

Defending the Alliance’s effort, Radha Muthiah, CEO of the Alliance, says: “There may not be the greatest health benefit, but there’s certainly a good environmental benefit, and it will save them more time” and create “livelihood and empowerment opportunities.”

Distributing stoves that “we know will kill people” has been called “unethical.” Rema Hanna, the Harvard economist who led “Up in Smoke”—which WP calls “the most extensive field study to date on this subject”—says: “it makes no sense to ‘push more stoves into the world that people are not going to use.’” Citing a recent publication in the American Economic Journal: Economic Policy, David Kreutzer, Senior Research Fellow, Energy Economics and Climate Change at The Heritage Foundation, reports: “there were no long-term (after four years) health benefits from clean cook stoves. After two years, smoke inhalation was not at all different, and by the fourth year, nearly one-third of the households had so little use for the new stoves that they actually destroyed them.”

Rather than burning biomass, experts believe that gas, electricity, or both would be better at protecting health. Kreutzer agrees: “These cookstoves seem to be substitutes for efforts to provide affordable modern power to those in need”—which he says condemn so many of the poor to continuing energy poverty. Sadly, Alliance members oppose projects that would provide low-cost power to these poor households.

You have to wonder, if these cookstoves—which are more like a hibachi grill than a stove and cost about $25—don’t achieve the stated goals, why is Clinton such a proponent? As Christine Lakatos, whom I have worked with on dozens of green-energy, crony-corruption reports, and who alerted me to this dirty story, found in her Green Corruption File report, Alliance work was a high priority during Clinton’s time as Secretary of State. The project spanned eleven federal agencies and, so far, totals more than $114 million.

Her involvement complicates her “trustworthiness” concerns and risks, as the Washington Times points out: “Raising questions about where she drew the line between official business and aiding the family charity run by her husband and daughter.”

The answer to Clinton’s involvement, and the conflict of interest with her role at the State Department and “aiding the family charity,” deserves further investigation by someone with better access, and a bigger budget, than Lakatos or I have.

But a hint can be found on the Alliances’ own website: carbon credits. It states: “In addition to being one of the fastest growing offset types in the voluntary market, cookstoves credits are selling for some of the highest prices observed in the voluntary carbon market.”

If Clinton becomes president, her energy policies will likely enact a cap-and-trade system or a carbon tax—which would suddenly make her cookstove project profitable.

Rather than helping bring modern power to the world’s poor, she’s, as Kreutzer calls it, “prolonging energy poverty for millions upon millions in the developing world.”

And that is the dirty story behind Clinton’s clean cookstove campaign. 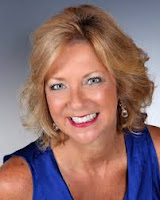 Trying to Make Winners Out of Losers from the files of Marita Noon at Energy Makes America Great, Inc.

The author of Energy Freedom, Marita Noon serves as the executive director for Energy Makes America Great Inc. and the companion educational organization, the Citizens’ Alliance for Responsible Energy.

Marita hosts a weekly radio program: America’s Voice for Energy - which expands on the content of her weekly column.

We are compelled  to pay for this Free Speech Zone - Please become our Partner and click the DONATE link below or contact the editor-in-chief [at] truthserumeditor@gmail.com

Posted by PRonlineNews.Blog.com at 11:20 AM 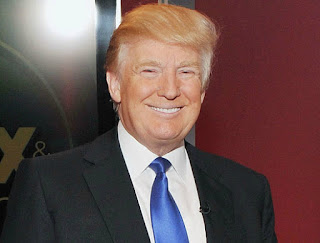